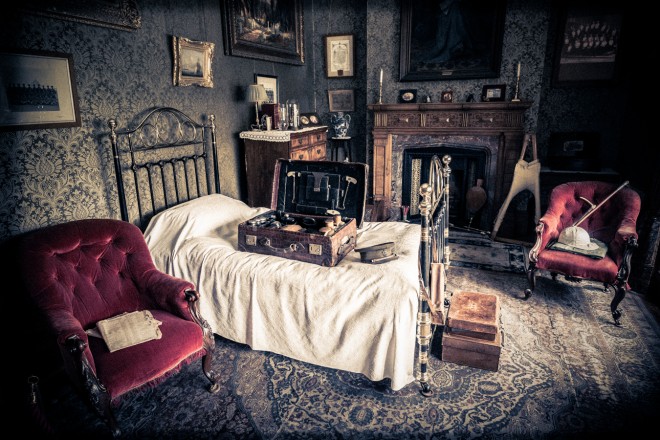 I will openly and freely admit I am a fan of the ITV series Downton Abbey. While I could do without some of the over the top melodramatic scenes, it is the depictions of times gone by and the incredible history of the locations that I am hooked on. I was a history major after all, so it stands to reason that the show would fall into my wheelhouse, even if, as I found out this past summer, not everything depicted in the show is the way it really worked in Edwardian Manor homes. 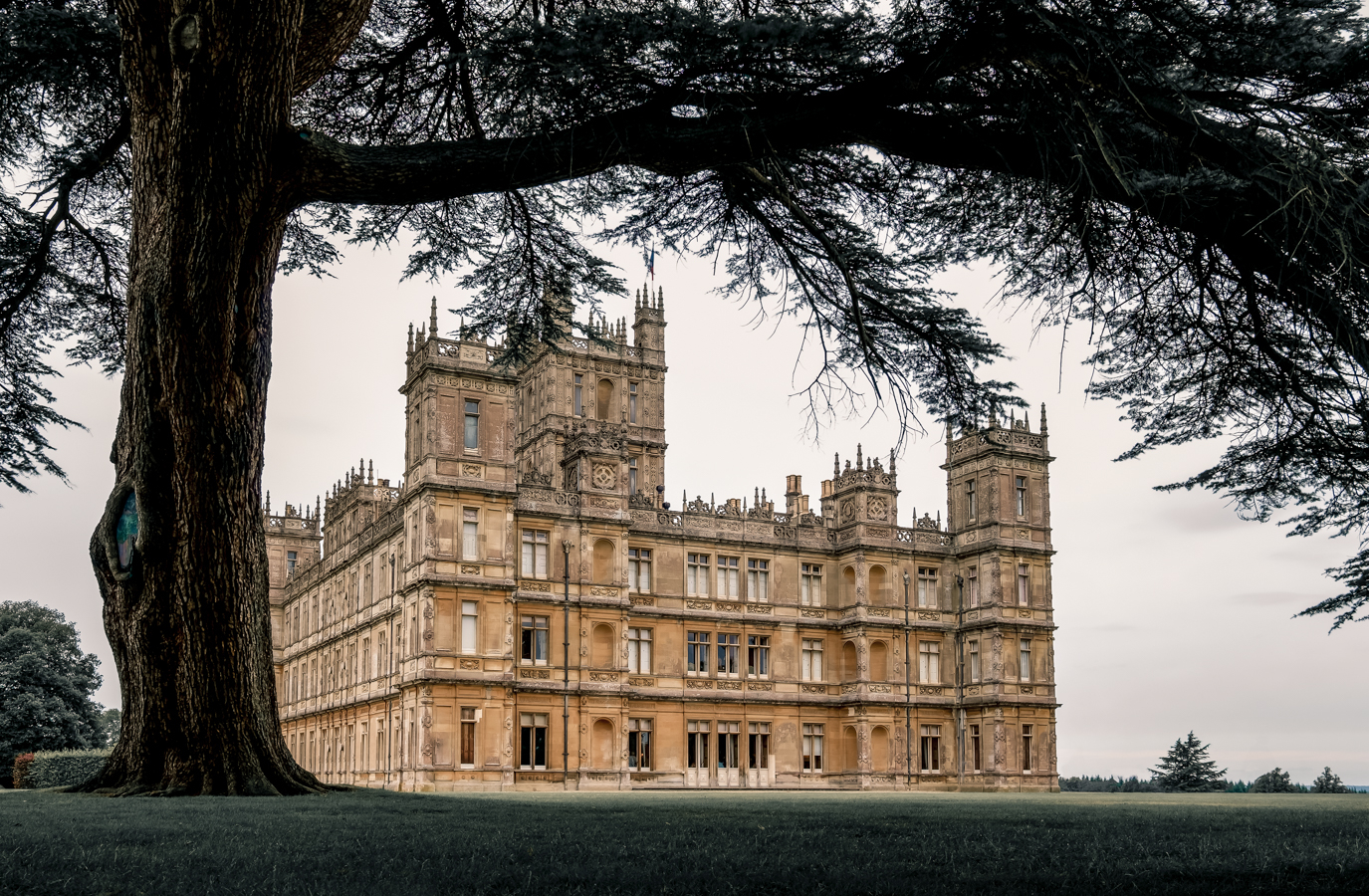 We were fortunate enough to visit Highclere Castle, the grand home used for Downton Abbey, on our last day in the UK on our way to the airport. Some of the rooms were just as they are in the show, and others, sadly, simply no longer exist and are filmed on a sound stage. Also, sadly, there is no photography allowed in the house so the image made above was one of the few I took that day. While I was happy to have visited Highclere, it actually paled in comparison to a manor home we visited the week previous, Lanhydrock House.

I had found a brief description of Lanhydrock when I googled “Things to see in Cornwall”, and because I really wanted the kids to see an English Manor home and doubted we would get into Highclere, we made a plan to break up our drive from Cornwall to Devon with a visit. 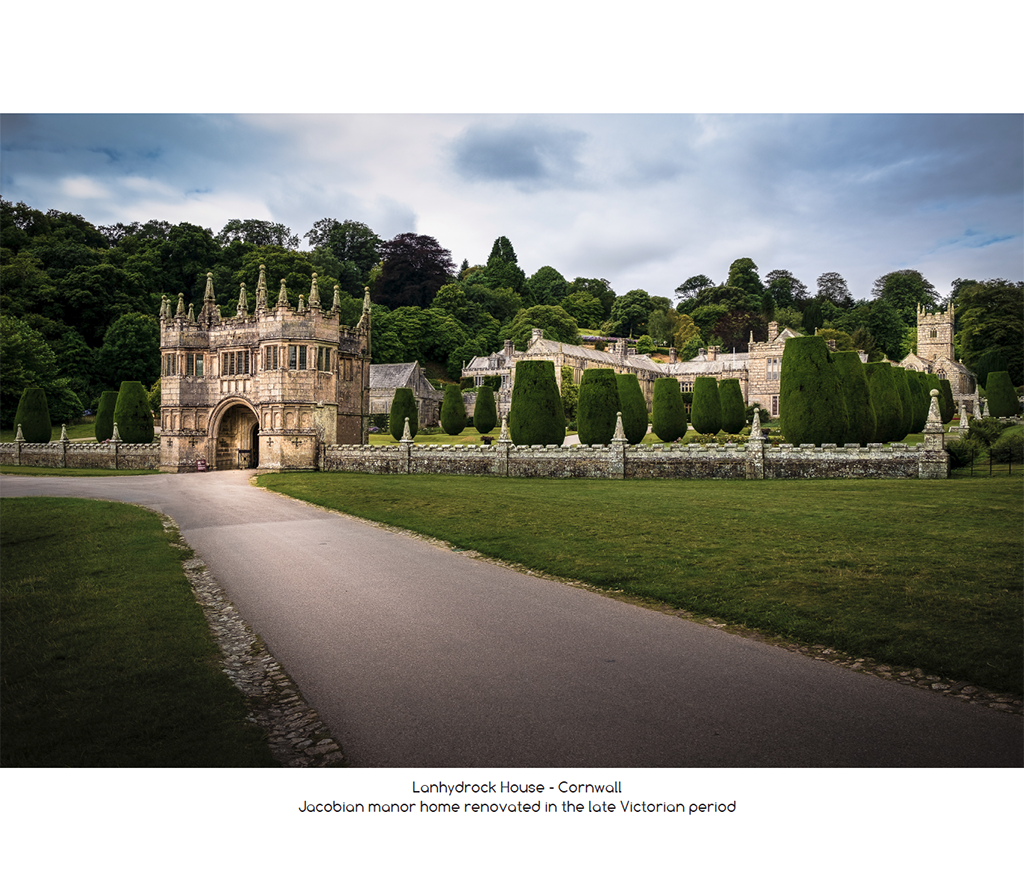 The exterior is impressive, and there were lots of people milling about. The above shot is a composite of 8 images taken handheld about 10 seconds apart, and then merged in Photoshop to remove the bipedal distractions. 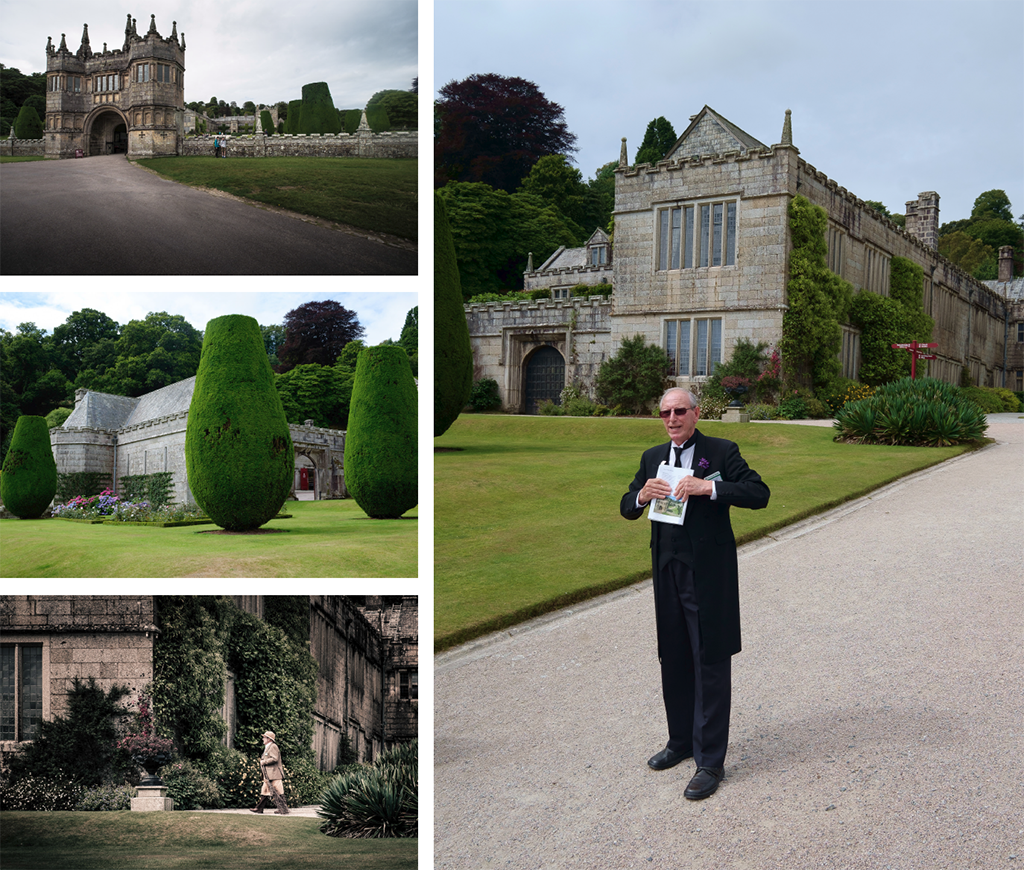 The visit to the house begins with a fantastic history told by the gentleman in tails. He explained that the home was a Jacobian manor that was mostly destroyed by fire in the 1890’s and rebuilt with all of the Victorian mod cons like electricity and hot water. One wing was not destroyed still maintains its Jacobian detail. 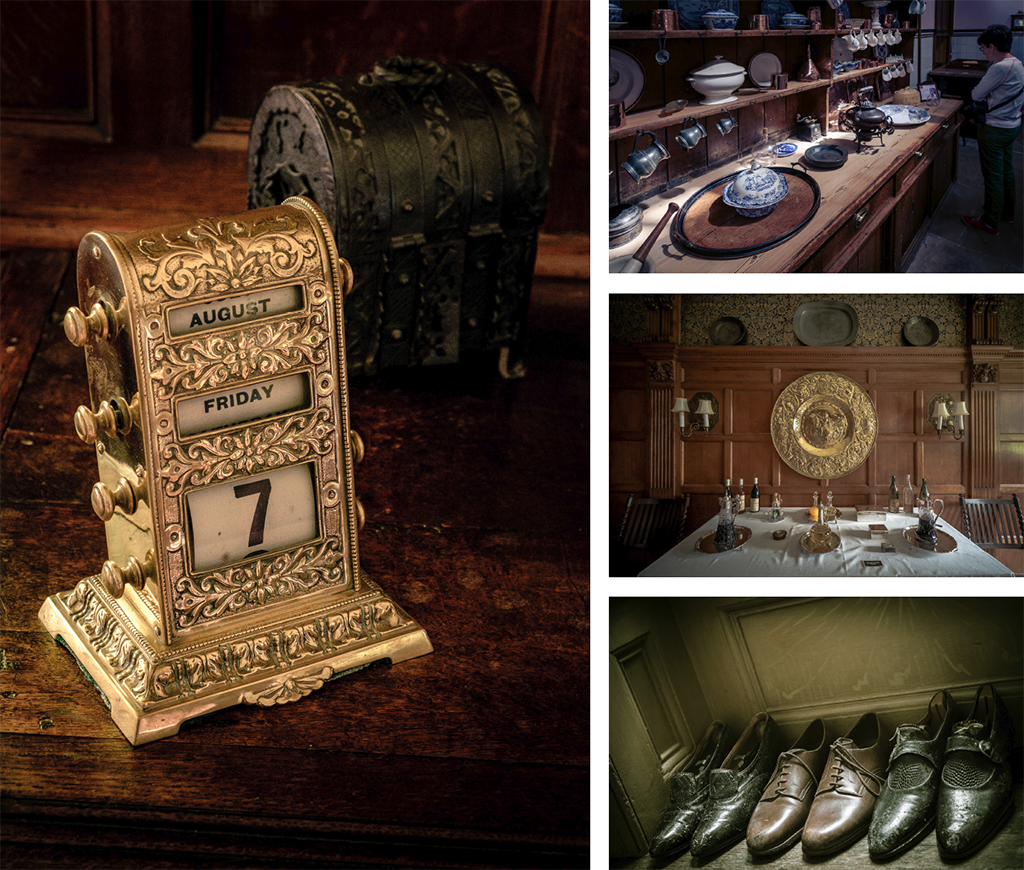 The amazing thing about Lanhydroch house is that all rooms, upstairs and down, had been restored and furnished as they would have stood in the Edwardian period around the First World War. The interior rooms are dark and not well lit. The glass in the windows was thick and let in the most beautiful dappled light. It would have been perfect for using a tripod, but that was not allowed as the corridors were narrow, and large groups of people strolled from room to room. I resorted to setting my cameras to Auto ISO, the lens apertures to f4 and kept an eye on the shutter speeds. The ISO bounced around from 800 to 6400 and shutter speed from 1/25 to 1/60. Thank be to modern technology the high ISO shots worked out well. Even five years ago most of these shots would have been sent to the garbage on my desktop. 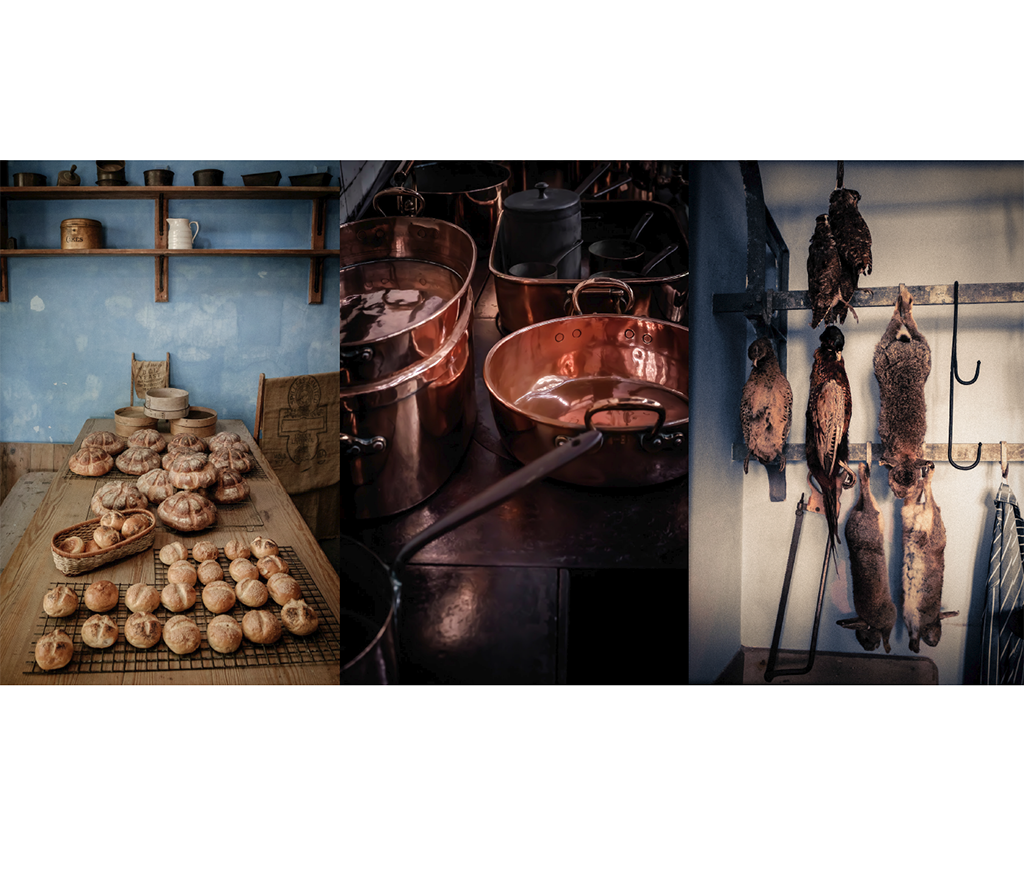 Working on the images a found that they needed an “old time” treatment. To do this I added a light blue tint to the shadows and a yellow tint to the highlights, and de-saturated the photos slightly. I then applied a heavy vignette to close off the edges and give the feel that they were taken with an old Kodak Brownie and not with a modern digital. 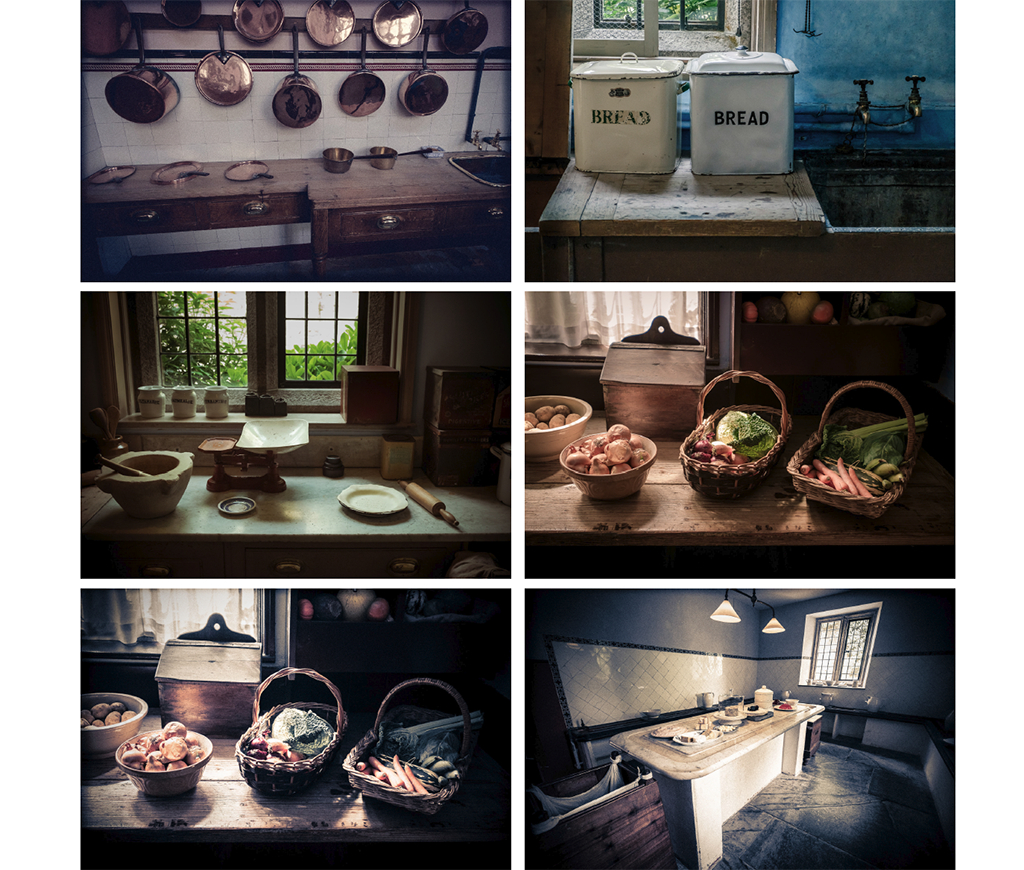 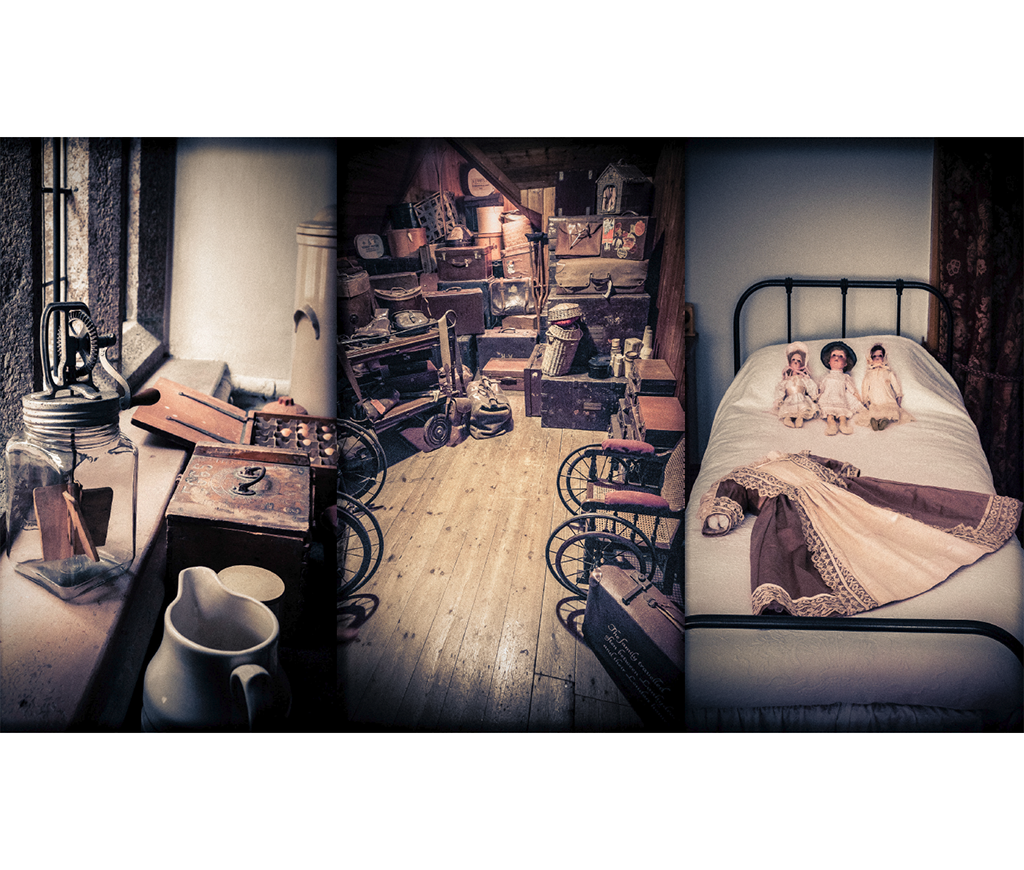 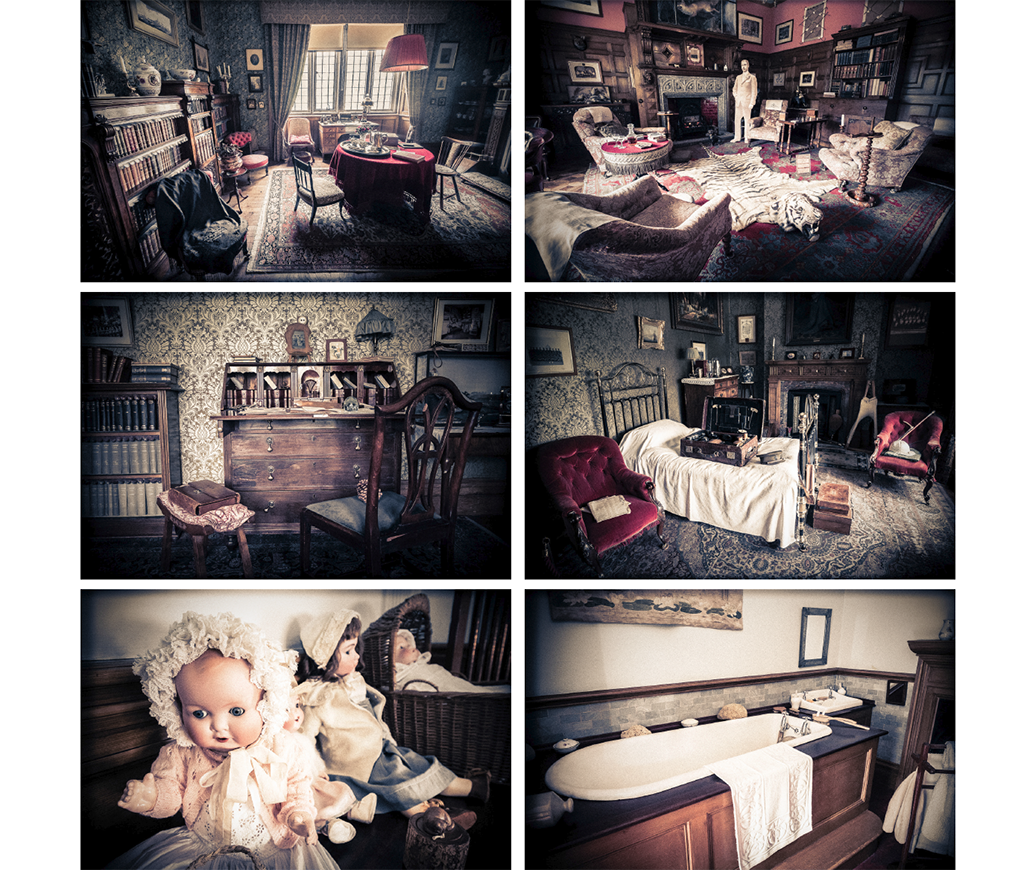 Together the images work to tell a story of the house and what it may have been like to live in such a regal home 100 years ago. Sadly we learned that the family was all but destroyed by the Great War. Fortunately though, those who were left behind realized that without bequeathing the house to The National Trust it would be lost. Over the years it has been lovingly cared for by an army of employees and volunteers to give us the chance to step back in time. 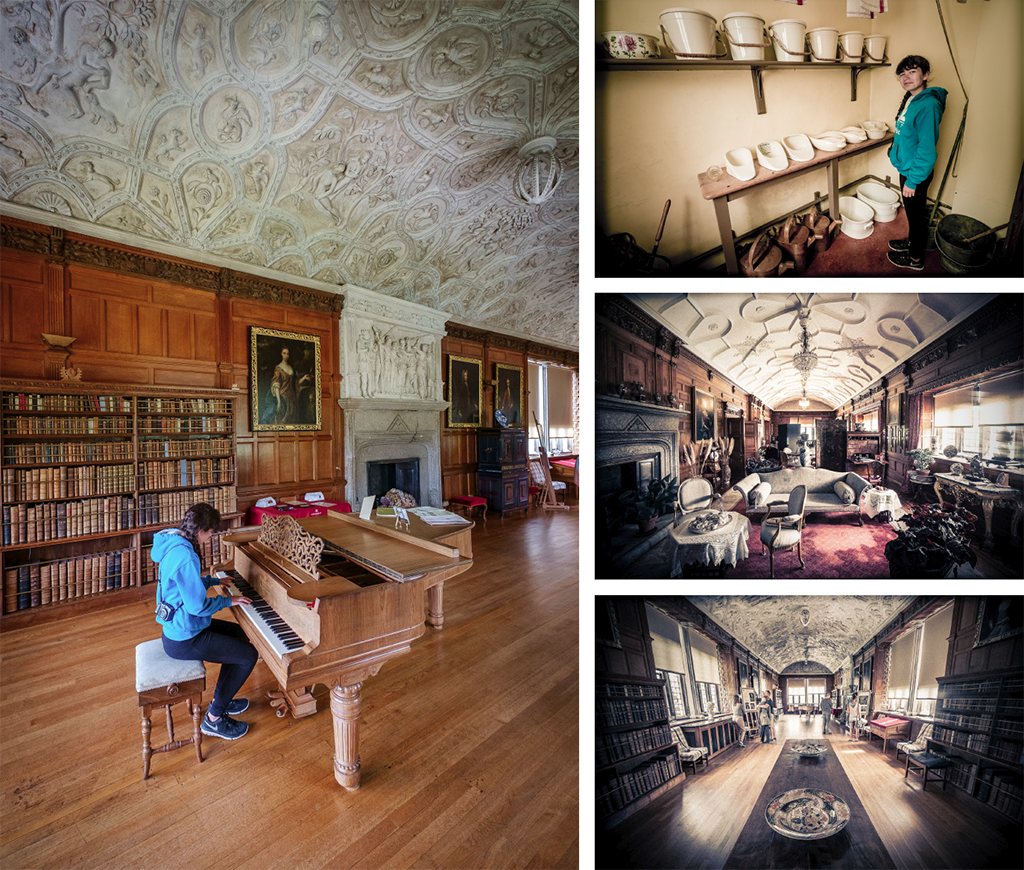 The Jacobian wing was spectacular with its ornate plaster roofs. Juliana even got to play the Grand Piano. 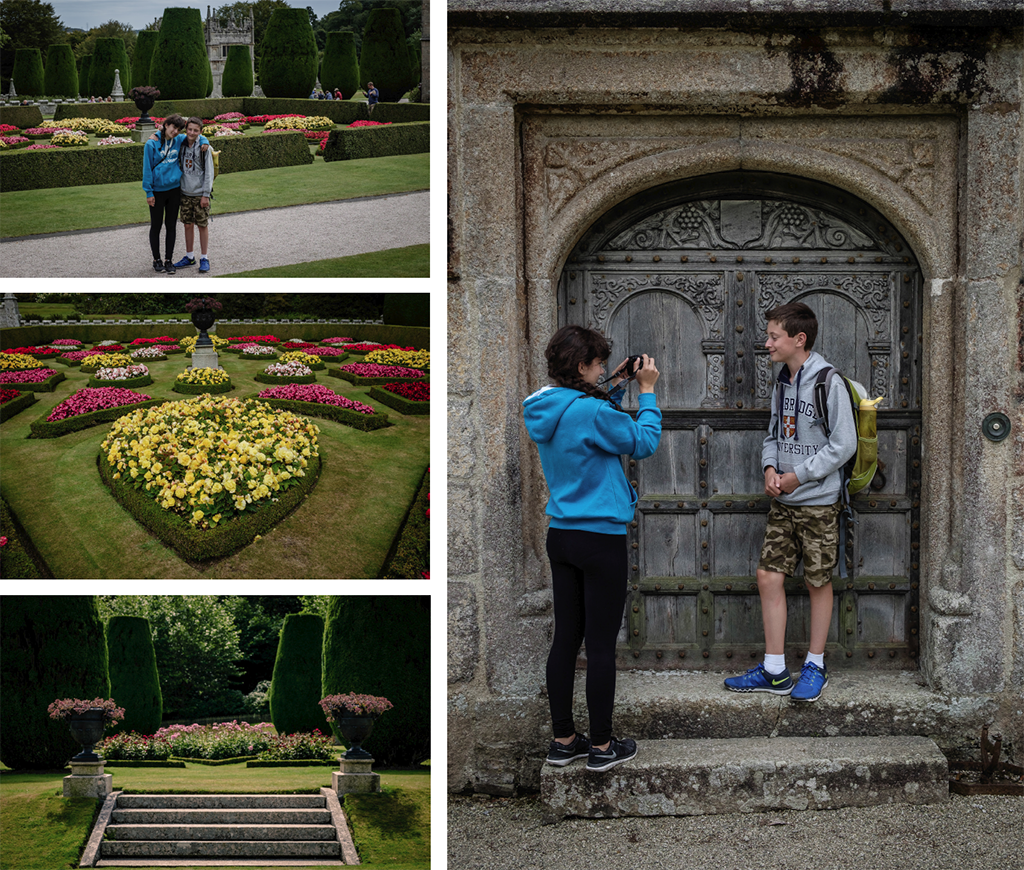 The grounds and gardens were just as spectacular and included an amazing old chapel and a thatched cottage. 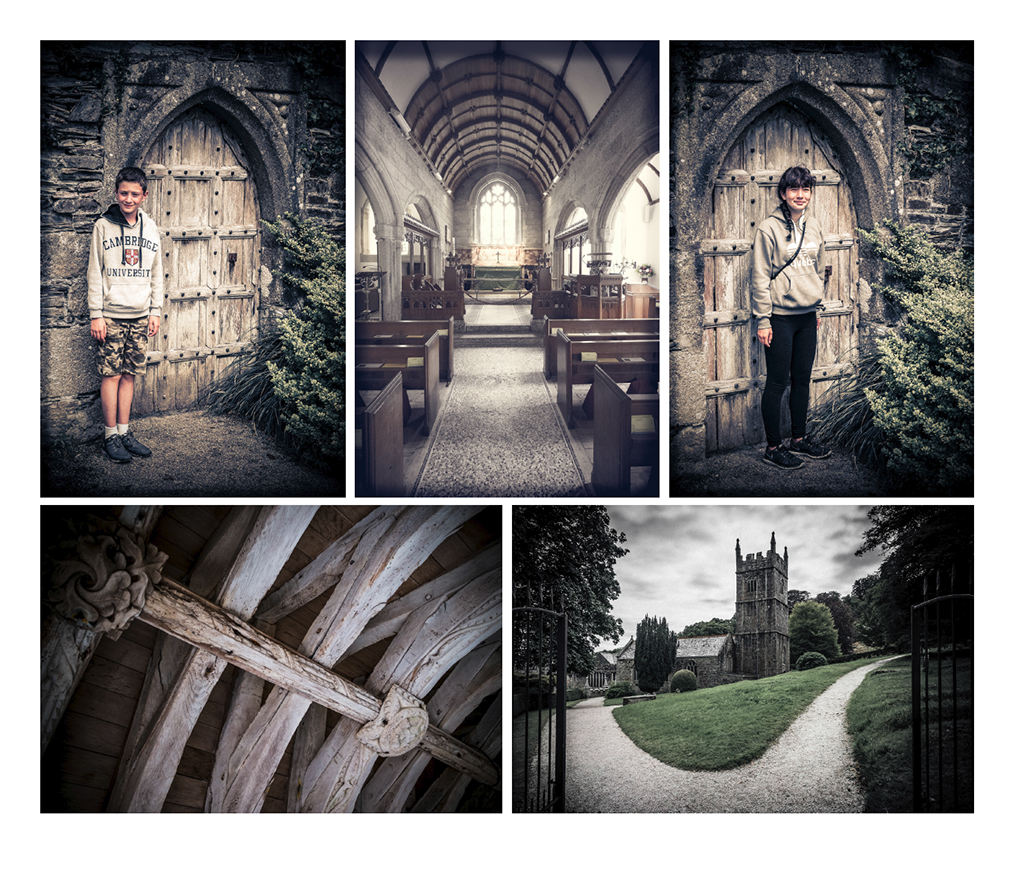 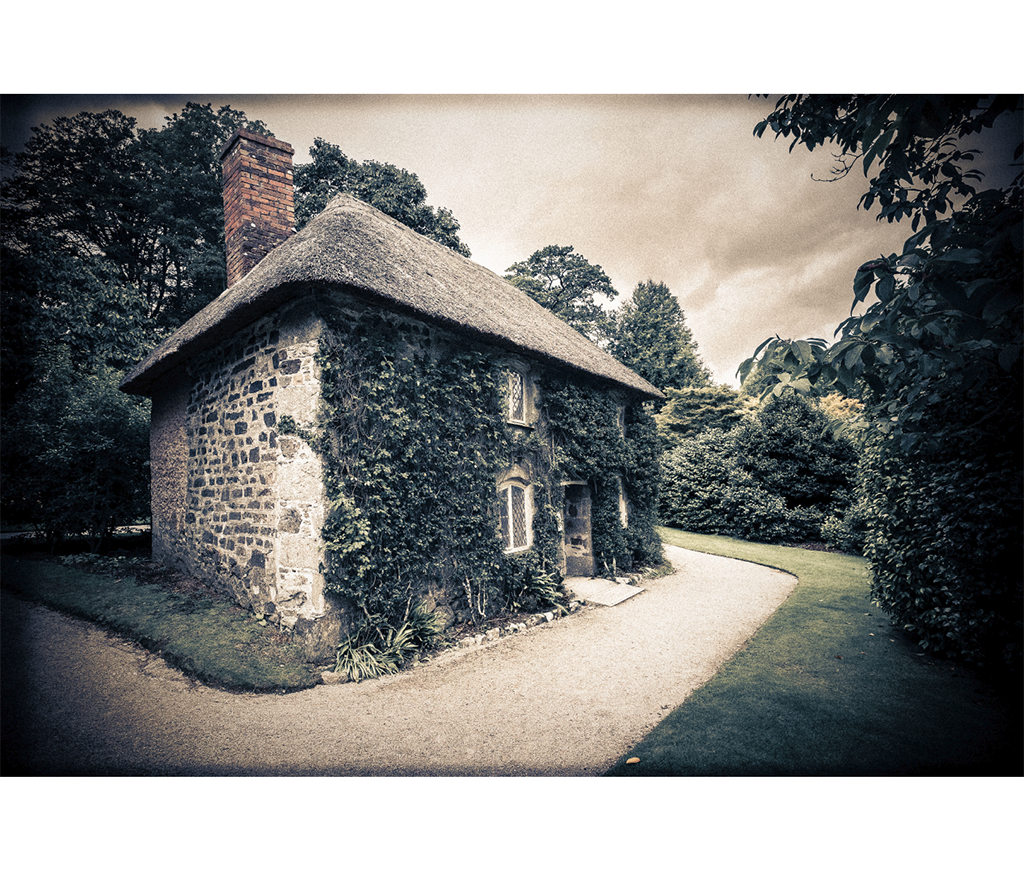 As with the pages from our two day hike on the South West Coast path, some of these images could easily stand on their own, but it is their grouping as a collection that I feel gives them a better chance to tell a story.